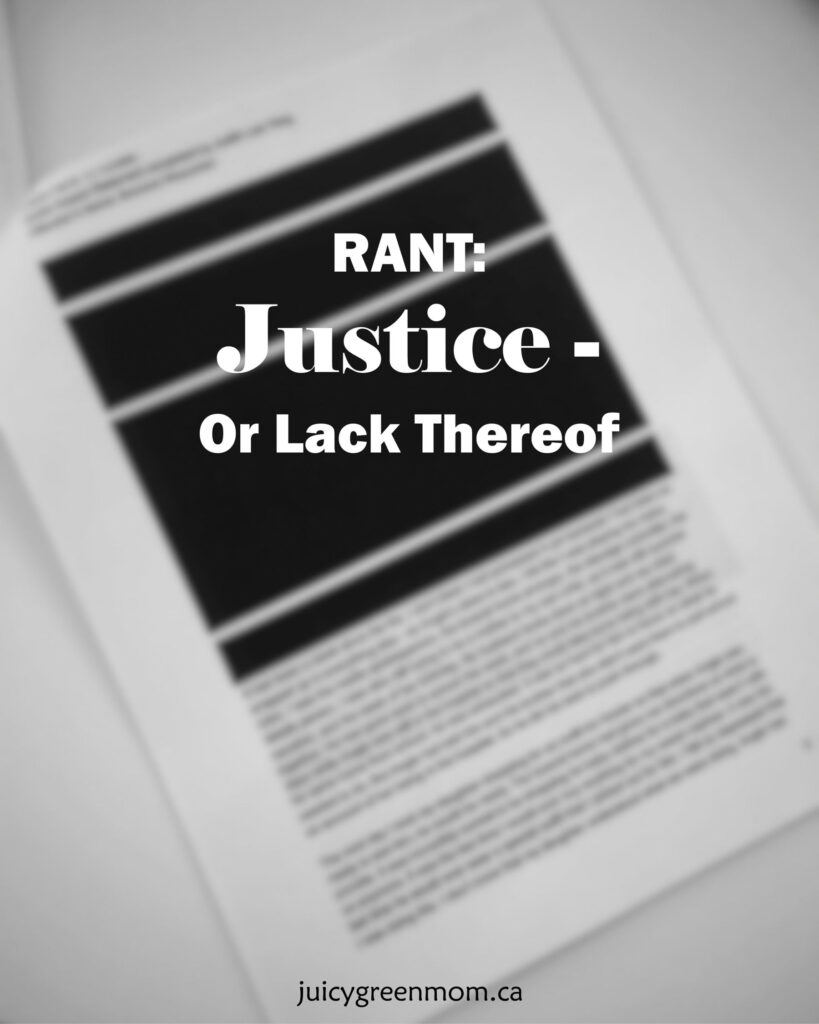 After my sister-in-law’s house was set on fire and burned down, killing my baby nephew, our family has been on long journey through the justice system. Before this event, I had never experienced any close encounters with our justice system. I led a very sheltered childhood, have always followed the rules, and my Asian genetics never even allowed me to have any funny drunken stories in university. My husband and I have been law-abiding citizens, other than the odd traffic ticket, and rarely visited a police station. My view of the justice system, as I’m sure is true for many others, was made up of ideas I gleaned from TV shows and movies, because I had no firsthand experience with it.

When all of this happened last summer, our family was told that things in real life don’t happen like they do on TV. That the process is much slower. Boy, was that an understatement. Over a year since Hunter’s death, and it has been a series of adjournments and postponements of court dates. Real life is very different from TV. Because on TV they actually get stuff done. Things get resolved. Bad guys get caught. Victims have closure in knowing that justice was served. Now I don’t even know what justice really means.

I’m frustrated, can you tell? I never thought I’d be so disillusioned and disappointed with our justice system. I thought that even though it was complex and hard to understand, justice would prevail. I may not be a lawyer, but I can understand that justice, fair and reasonable treatment, has not been applied here. And there’s nothing I can do but rant about it and try to figure out how to move forward, despite it.

It is just pure and utter bullshirt.