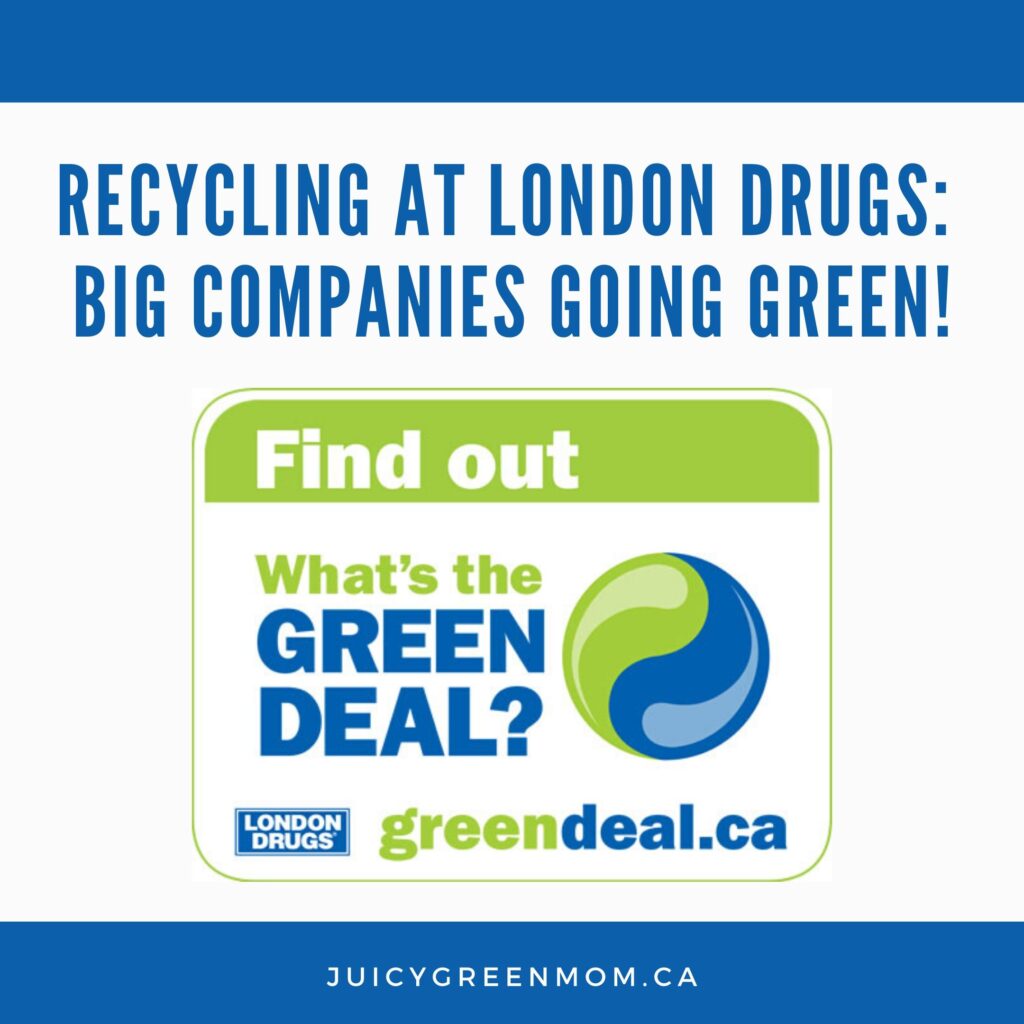 A friend of mine texted me excitedly about a recycling program she was reading about at London Drugs. It may not be common knowledge, but London Drugs launched a “What’s the Green Deal?” program that includes a recycling program for all of its stores in BC, Alberta, Manitoba, and Saskatchewan. They have a goal to divert 95% of their waste from landfills by 2015. It’s great to see that businesses are now encouraging people to recycle more. Recycling is such an easy thing for everyone to do and there are no excuses for not doing it!

You can bring in tons of stuff to be recycled (including things that would otherwise need a trip to the EcoStation, or go directly into the garbage). The list of things that can be donated is as follows –

They also have a collection program for pharmaceuticals including syringes and dated medications.

(Disclosure: No compensation was received for this post. All opinions expressed are my own.)