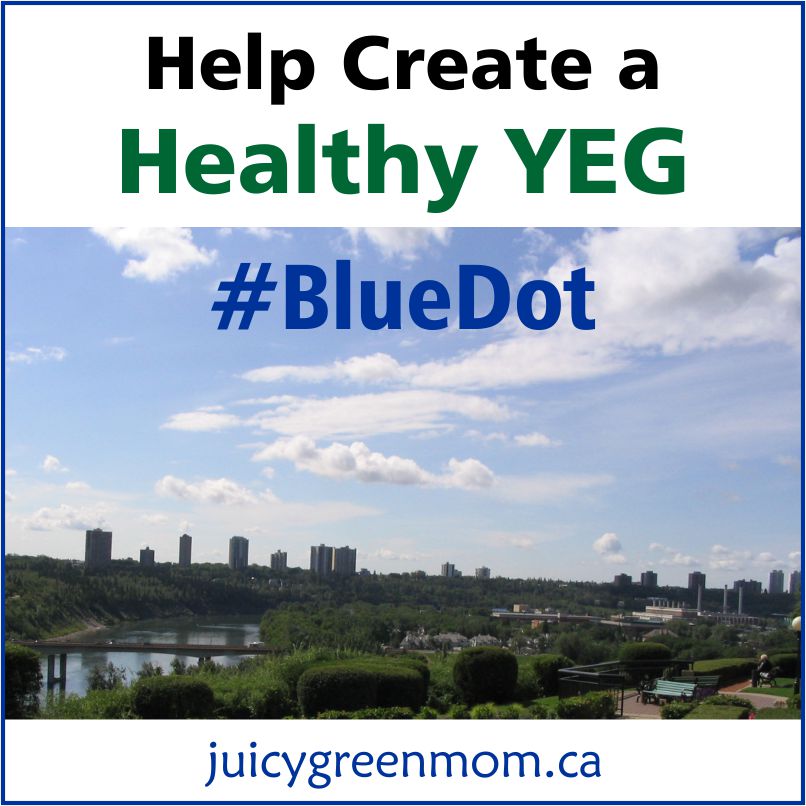 I was so proud when Edmonton was named the National Earth Hour Capital in 2014. We have some pretty amazing initiatives in our city in waste management and environmental stewardship. Healthy YEG is something very close to my heart, as I would love to see my hometown keep raising the bar for the environment!

EVERY CANADIAN DESERVES THE RIGHT TO A HEALTHY ENVIRONMENT.

This is the message of the Blue Dot Movement, and cities across Canada are adopting this declaration.

The right to a healthy environment includes:

This is where you come in. As an EDMONTONIAN, this is what you can do:

Send a letter (template here) to your City Councillor (find your ward here) and Mayor Don Iveson to pledge your support for this movement.

As a CANADIAN, this is what you can do:

Sign the pledge for the Blue Dot movement here.

Will you help create a Healthy YEG?