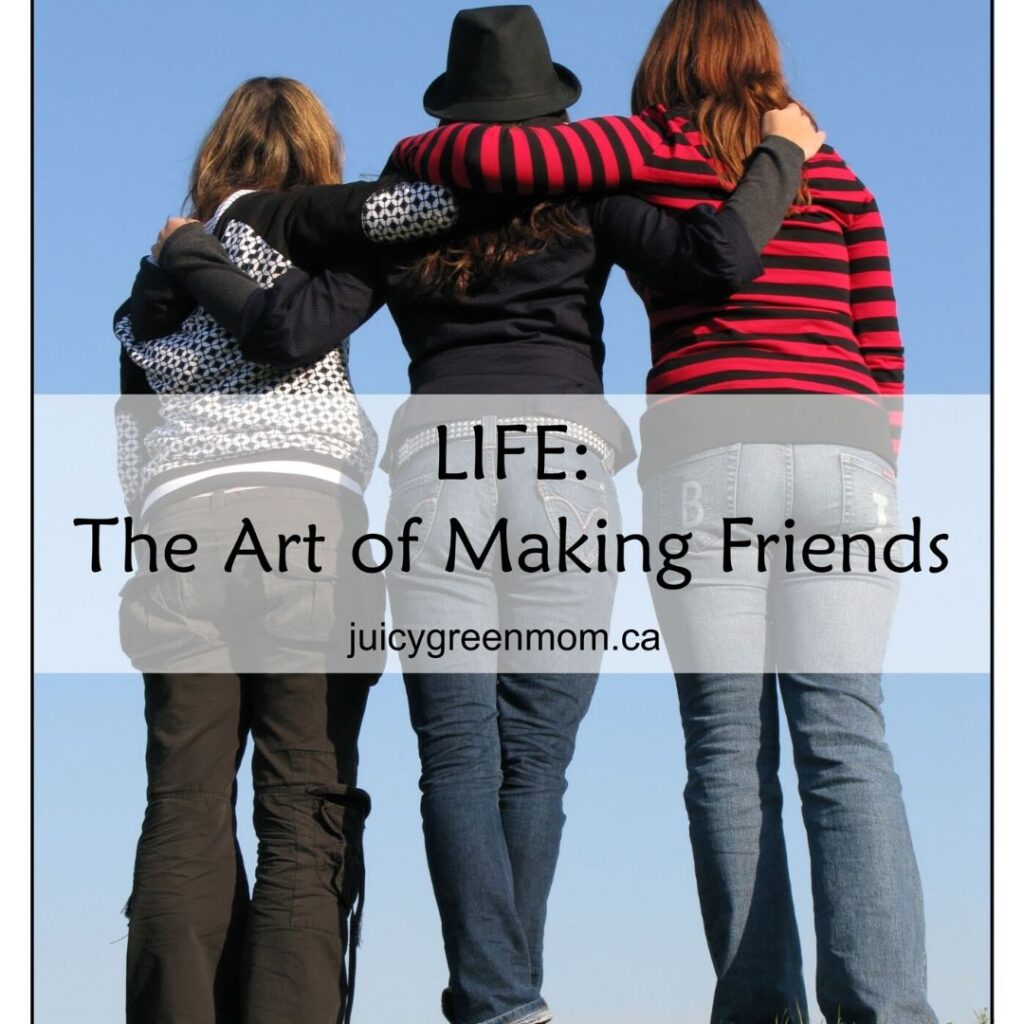 Since my daughter has been in part-time daycare for several months now, I’ve been asked the question: “does she have any friends at daycare?” It’s a tough question to answer. With her being just about 2.5 years old, can she truly conceive of the notion of “friend”? All of the daycare workers call all the kids “friends”, so in that sense, she does have friends at daycare – her classmates or whoever happens to be in the room with her at any given time. She doesn’t talk about any of them by name with us, though.

She does have other kids she plays with outside of daycare – mommy to mommy playdates – and these kids are perhaps more likely to fall in the “friend” category. When asked who her friends are, she is more likely to name one or two of these kids in particular. It has a lot to do with, of course, how often she sees them, and perhaps how much fun she has with them.

I was speaking to a friend of mine who lives in Alberta about this a few days ago. He has just sent his daughter to daycare in Sherwood Park and she recently finished her first full week. Apparently, she made lots of friends really quickly and settled in straight away. After all, daycare is a great way for little ones to build their social skills and it gives parents and caregivers a break for a few hours! His daughter is incredibly outgoing and chatty for her age so I was not surprised that she managed to fit in so well.

That being said, my own daughter has met some newer “friends” recently, and taken to them very quickly. My daughter is a shy, sensitive little girl (as we get many comments from daycare like “she is a very quiet girl”, “she likes to read books by herself”, “she doesn’t talk to anyone else much”) so she’s pretty wary of new people. So it surprises me when she seems to suddenly take to someone in a short time.

But I guess it’s the same with grown-ups too. When you start a new job and meet all of your co-workers, at first they’re all on one level to you – new people whose names you have just tried to remember. But as you spend time with them, you find yourself being drawn to certain people, or “clicking” with them – maybe it’s the personalities, the attitudes towards work, the outside hobbies and past-times, the kids you have.

There are some people you just find common ground with easily, and then they become your new “friends”.

Of course one might say that you are just good acquaintances until some time has passed and you spend more time together, or both people show some kind of initiative in proving the friendship. It may be difficult to define when an interaction becomes a friendship, with adults as well as with children.

I have always thought that the older I get, the harder it is to make new friends. Now I see this isn’t the case. It’s only if you stay in the same place, or phase of life for a long time, that it might be harder to meet new people with whom you can form new relationships. Having a baby definitely opened the door to new friendships. Starting a new job did it too. I wasn’t really out looking for new friends, but they happened anyway, simply because I was embarking on new stages in life. Going into a new job you have no idea what it will entail but the first step is preparing yourself, which means thinking about what sort of job/career you want and presenting that on your resume using services like ARC Resumes in texas or a similar service to get you that new job… and start making friends.

So I’m very grateful for my friends – old and new. For those who have passed through and left their mark on my life and moved on somewhere else (literally or metaphorically), for those who have stood by for more than half my lifetime and continue to shape who I am, and for those who are newer to me and teach me many things that I didn’t know about life and about myself. My hope is that my daughter will have good solid friends in her life too.

What are your thoughts on the art of making friends?