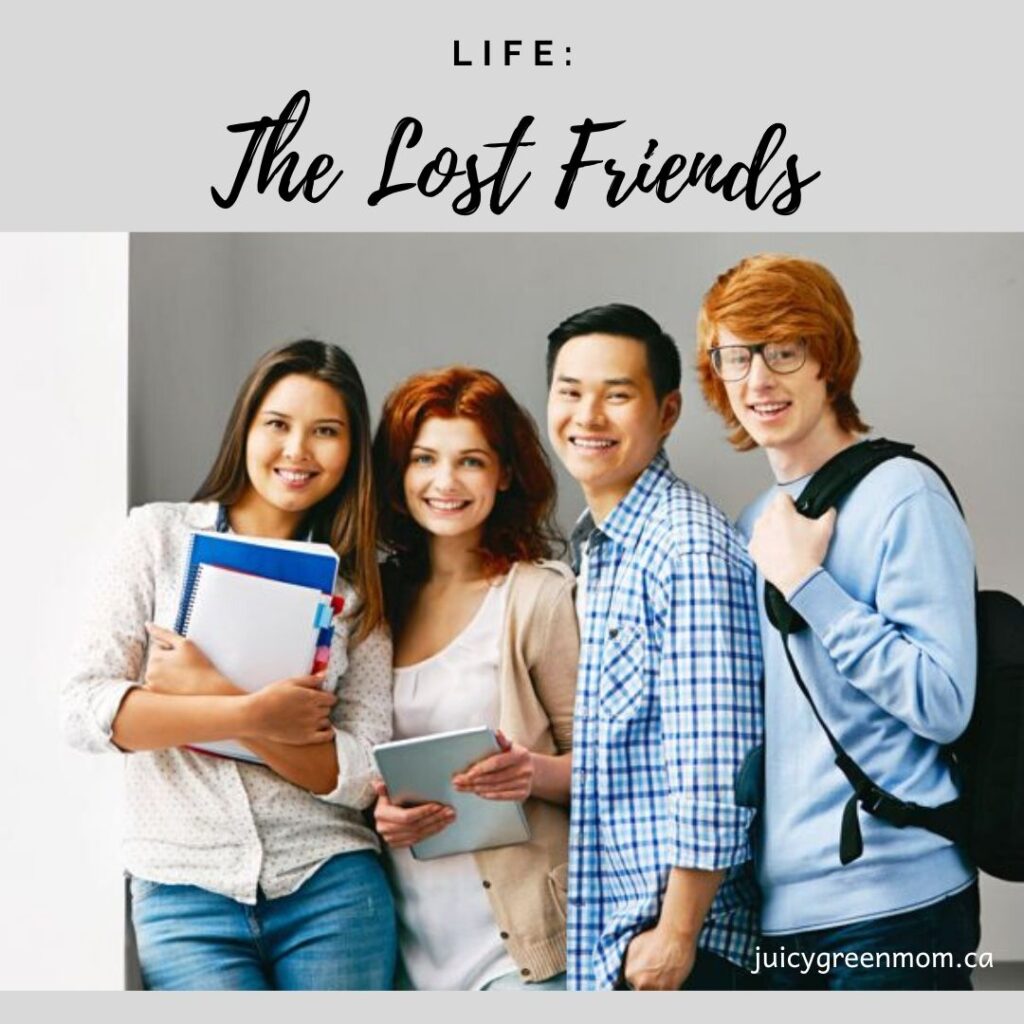 Last week I ran into someone from high school who I hadn’t seen in over 10 years. On one hand, it’s strange that we would be recognizable after so long – I’m sure anyone who saw my daughter now at 14.5 months and didn’t see her for 10 years would not recognize her as the same person. But that’s the difference between a child and an adult (if you can high school kids adults!). Children change so quickly and so much, whereas it feels like adults stay about the same. I know that I have changed over the past 10+ years, but essentially I still feel like the same person I was then.

Then I got to thinking about how our circles of friends change as we move through life. I used to spend all of my free time with this person I ran into – every waking free moment. And I would neglect other things in order to do so. And then… things changed. We aren’t part of each other’s circles anymore, and we aren’t important to each other’s lives.

I had a best friend from junior high who moved away when we were in high school. I considered her my BFF, and thought that we really would be friends for the long-term. Even though I didn’t see her for a few years, she came to my wedding and we caught up as if we had never been apart. But since then we have not communicated at all.

I had another friend who I considered a “best friend” and we just kind of drifted apart after some tragic events happened in my family. I never asked her about it, but I got the feeling she just didn’t know how to react or what to do with the tragedies in my life. I guess some people just don’t like dealing with that kind of stuff, which I can understand to some extent. Death and cancer are awkward things to talk about, and definitely not uplifting.

It’s funny how people drift in and out of our lives, depending on where we are – geographically, but also emotionally, psychologically, and our stage of life.

I’ve long thought that choosing to spend time with someone is an investment – into a friendship and relationship.

Distance, of course, plays a role in all of this. I realize that many people just don’t do long-distance. Even with Facebook and social networking, we might be “friends”, but we never comment on each other’s walls, or leave each other messages. I guess it’s just leaving it open to say – hey, if we’re ever in the same place again on some level, maybe we’ll be real friends again, but for now, I’m not going to cut you completely out of my life.

Often I feel sad about the friends that I have lost – because I wish that I had made more of an effort to stay in touch. But really, it’s the passage of time and life, isn’t it? I don’t really need to think of them as lost friends, they were just there in a different phase of my life. And that’s okay.

As we grow and change, we also learn to make new friends who may also play significant roles in our lives.

Do you have old friends that you miss?