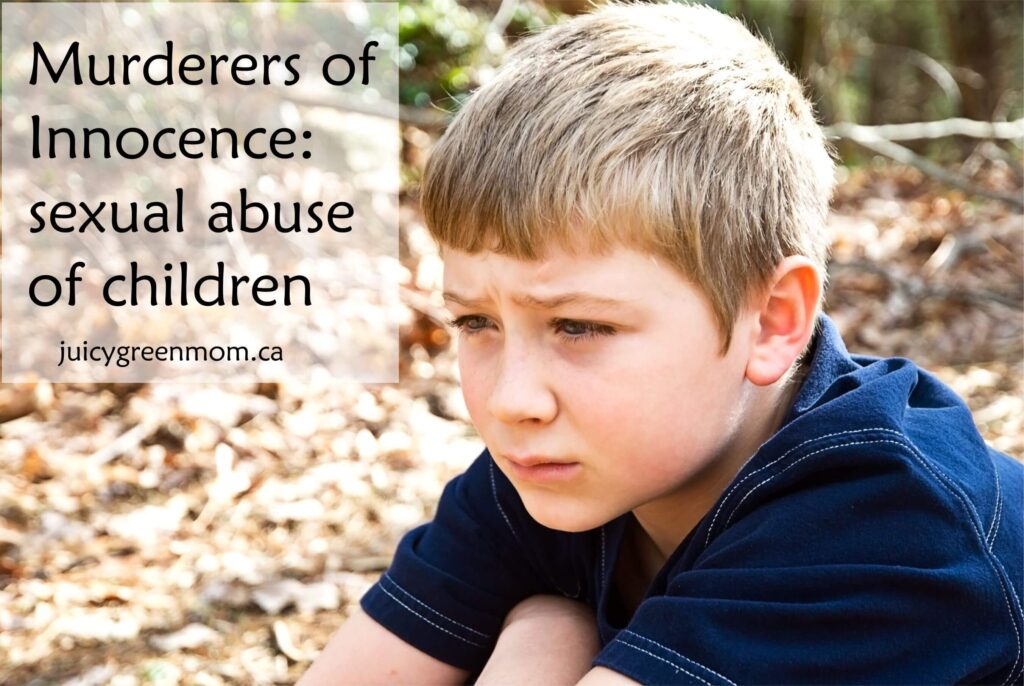 This issue has been on my mind for awhile and I’ve been wanting to blog about it.

It came to the forefront when the news reported that Graham James finally pleaded guilty to child sexual assault charges, and I saw Theo Fleury talking about it on the news. Because my husband is a hockey fanatic, we had seen a hockey-related documentary awhile back about Theo Fleury – and I learned a lot about his life – including the sexual abuse he endured at the hands of his childhood hockey coach, Graham James. This disturbed me a great deal. As a relatively new mother, it scared me tremendously. I cannot imagine what I would do if anything like that ever happened to my little girl. I told my husband that we were never leaving her alone with anyone.

Drastic measures, perhaps, but the problem is – how do you know? I would imagine that Theo’s parents would not have wanted that to happen to their son, and if they had known, I’m sure they would have done something.

But do you go about life second-guessing everyone you come across? Every teacher, coach, or mentor in your child’s life?

The more I thought about it, the more upset I became. What upset me the most after watching the documentary about Theo Fleury was that this man, Graham James, was walking around as a free man. He is finally going to stand trial again, it seems, but he probably won’t end up doing much jail time. According to our justice system, it seems that the consequences of sexual abuse of children isn’t that bad. A couple of years of jail, maybe? And yet if someone kills another human being, they get a far worse sentence. But really, is murder worse than repeatedly sexually abusing an innocent child, or several innocent children??

I would say that this person is a murderer of innocence, which in my eyes is far worse than taking a life. They’re not taking away a child’s life, they are destroying it. I saw quoted somewhere that Theo Fleury said it took him 27 years to come to a place where he felt comfortable with himself because of what he went through. And no matter how much therapy or life-empowering things he does, he will always have that haunting him. And it’s clear from his past with multiple addictions that his whole world, his entire mindset, was completely skewed because of that sexual abuse.

When are murderers of innocence going to be dealt with justly?

Our children are so precious – how can we as a society let these people walk around like nothing happened???