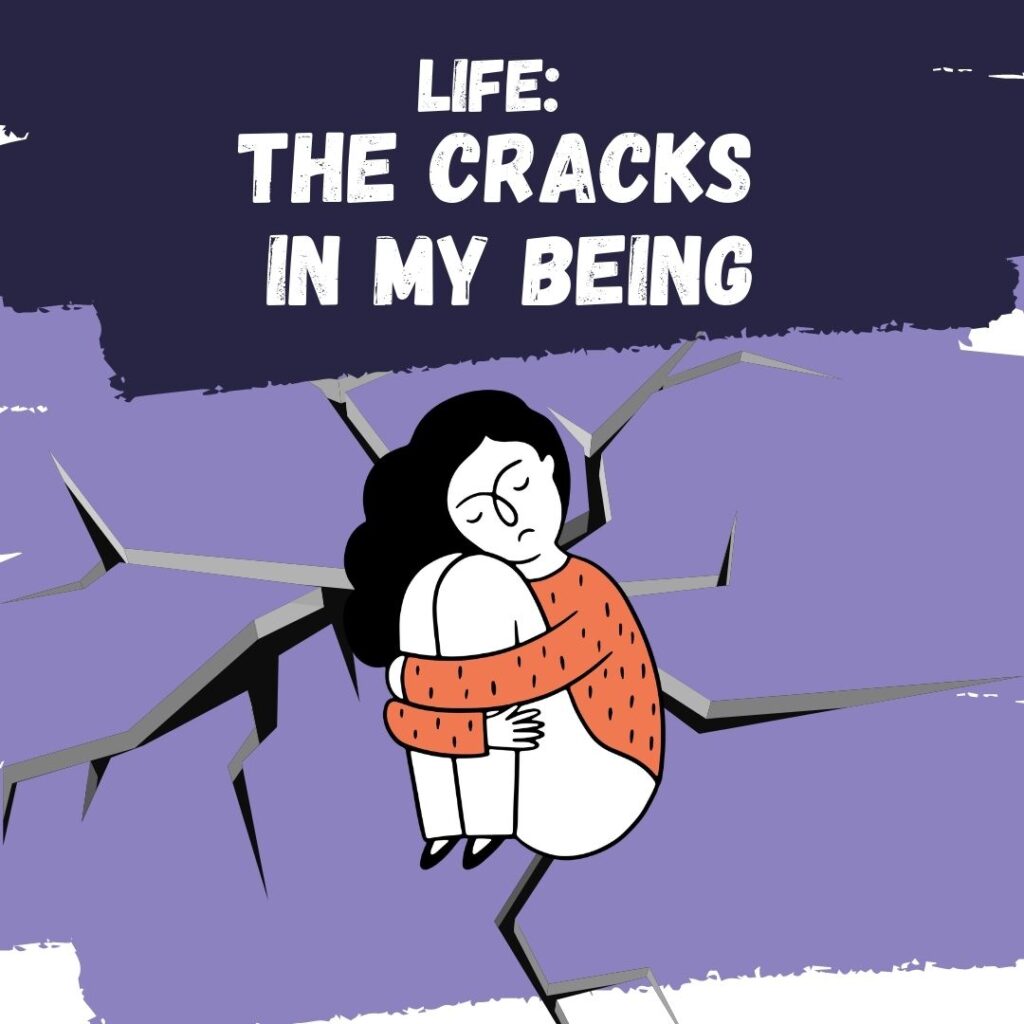 I expected that leading up to the second anniversary of my nephew Hunter’s death, I would be a bit less stable. I also expected that it would be easier than the first. After all, time is what heals wounds, right? I was making my way through life relatively okay, or so I thought. But then the day before the anniversary – I broke.

My being is like a stone pedestal. Things get put on it and it can hold up pretty well. But when things get heavier and heavier, cracks start to develop. Very fine lines that are barely noticeable and really don’t affect my function. But as the weight increases, the cracks get more pronounced. Until at some point, one extra thing is put on, and it reaches its threshold – and the cracks in my being make me crumble and fall into pieces that don’t seem reparable.

I’ve been through a lot of Cognitive Behavioural Therapy. I’ve worked through several of the video programs offered by GoZen with my daughter, and they have been amazing for both of us. One of the things we’ve learned about is the ETR model: Event – Thought – Reaction. An “Activating Event” occurs, we have a “Thought”, which causes us to “React”. This explains why different people react differently to things.

For example, someone says something snippy to you (activating event). You have a thought, “s/he must be having a bad day, I’m not going to let it bother me” and then react based on your thought by walking away and letting the comment roll off your back.

Someone says the same snippy thing to me. My thought is, “s/he must think my work isn’t valuable and I suck at it” and react based on my thought by breaking down and sobbing for 2 hours.

It makes sense, right? My daughter and I have been able to talk through some activating events this way, after it happens. The trick, of course, is catching our thoughts before we react. And being able to change our thoughts when we have the ones that lower our self-worth, and challenge our resilience.

Now I can identify what is happening when it happens, but I can’t always stop it. When the cracks in my being turn me into a crumbly mess, all the deep breathing and mindfulness techniques I’ve practiced don’t put me back together but they do help me to cope.

Maybe I’m just a pile of rubble for a little bit. But I slowly start to take shape again. And I have to remind myself that the cracks in my wellbeing are where the light shines through.