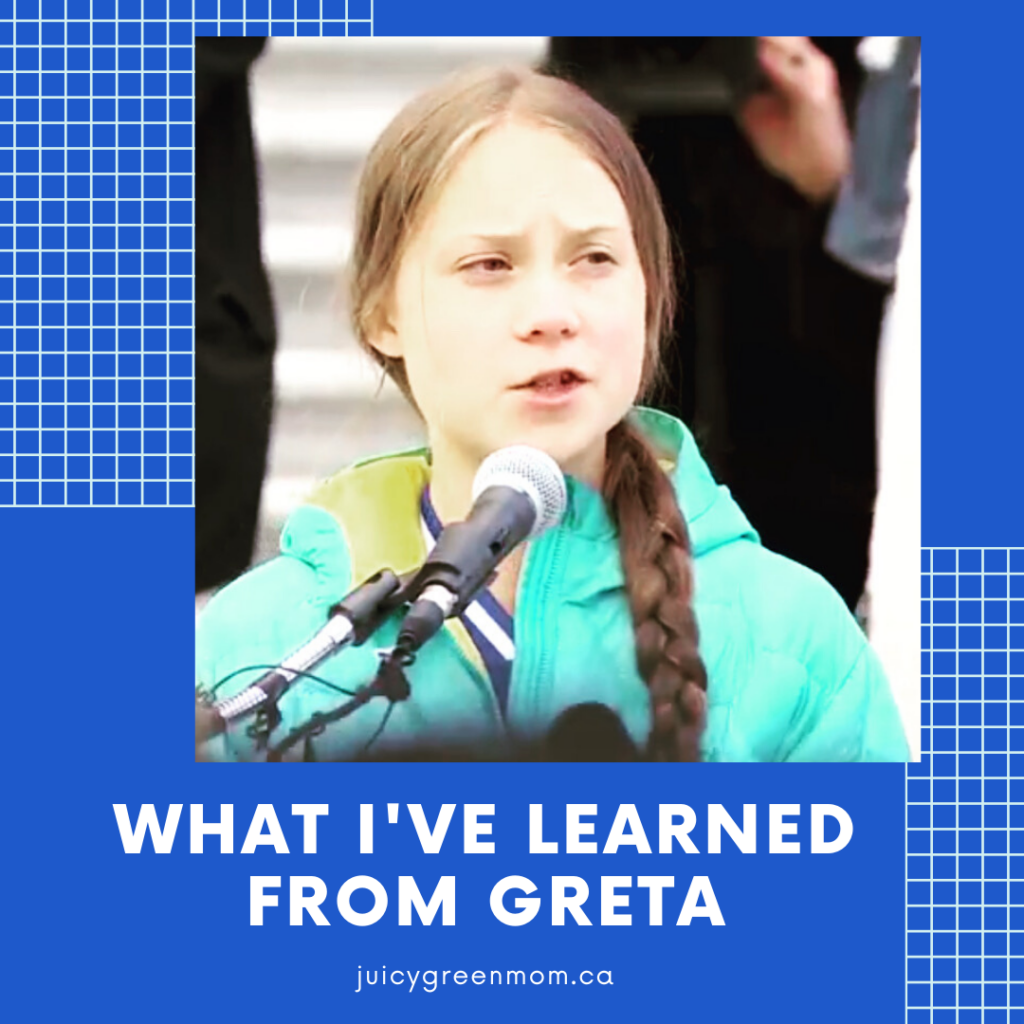 This is the urgency Greta Thunberg exhibits about the state of our planet. Our world leaders, our kings of corporations, our premier in Alberta, all respond by yelling at her to stop warning us that our house is on fire. They call her names and try to discredit her.

She’s not kidding. She’s not stating her opinion. She is stating a SCIENTIFIC FACT. Our house is on bloody fire.

I was able to skip out on work to attend the Edmonton Climate Strike when Greta was in town. Every time I hear her speak, I am amazed. She speaks with truth, passion, and integrity. Never does she stoop to the level of her critics with name-calling and ridiculous antics. The more I learn about her and see her speak, the more intrigued I become.

Here’s what I’ve learned from Greta.

FOCUS on what you’re after.

Why should a teenager skipping school for the sake of climate change make such incredible international headlines? I chalk it up to FOCUS. Greta is single-minded in her focus on the dire situation of climate change, and she doesn’t let anything distract her from it. I work with young children with Autism Spectrum Disorder, and often we see kids who we classify as having very narrow interests, and we work to broaden their interests. I had one kiddo who only liked the “finger family song” for 2 years and nothing else interested him. What we clinically deem a “problem” is, in fact, an incredible strength for Greta. She has herself called her diagnosis a superpower, and I really think it is. If only I could stop myself from being distracted by all the “stuff” of the world, and stop allowing life to pull me in so many different directions. If only our politicians stopped trying to please everyone clamoring for their attention to win votes, and could focus on the one real problem at hand – the problem for the entire world’s population – imagine how much could change.

Don’t let the haters get to you.

I’ve seen Greta in interviews where people ask her about her critics. She laughs about them. She doesn’t take what they say seriously, because what they say makes no sense when compared to the factual science she is sharing. I don’t know about you, but it is EXTREMELY DIFFICULT for me not to let haters get to me. Even if I know that what someone does or says is completely irrational, or has nothing to do with me, but rather their own issues, I can’t let it roll off. I feel it. I absorb it. I second guess myself and wonder what I did wrong. But Greta knows better. She knows other people pick on her because of their own insecurities, their own interests, their own baggage. She knows what she is doing is right, so the insults bounce off her.

I remember a little over 4 years ago when Alberta elected a NDP government and I cried tears of joy that Rachel Notley talked about “the environment” in her victory speech. I knew that I was part of a small minority of people who believed Alberta could actually contribute to helping the climate instead of destroying it by being “oil country”. I still am part of a minority now, but never before have I seen climate change so actively talked about. Greta’s movement has brought this crisis to the forefront of the news, so people are talking about it. Whether they disagree with the facts or embrace her message wholeheartedly, PEOPLE ARE TALKING. And with that, governments are being forced to consider the issue of climate change. Peaceful protest and activism works. I’ve often felt disillusioned that nothing will change, and so what is the point? But Greta shows us that we all have a voice. No matter how small, we all have a voice, and when we all use our voices, we cannot be silenced.

I’ll leave you with this. Even if you live in Alberta like me, and oil is all anyone wants to support, we can still push for natural climate solutions.

What have you learned from Greta?