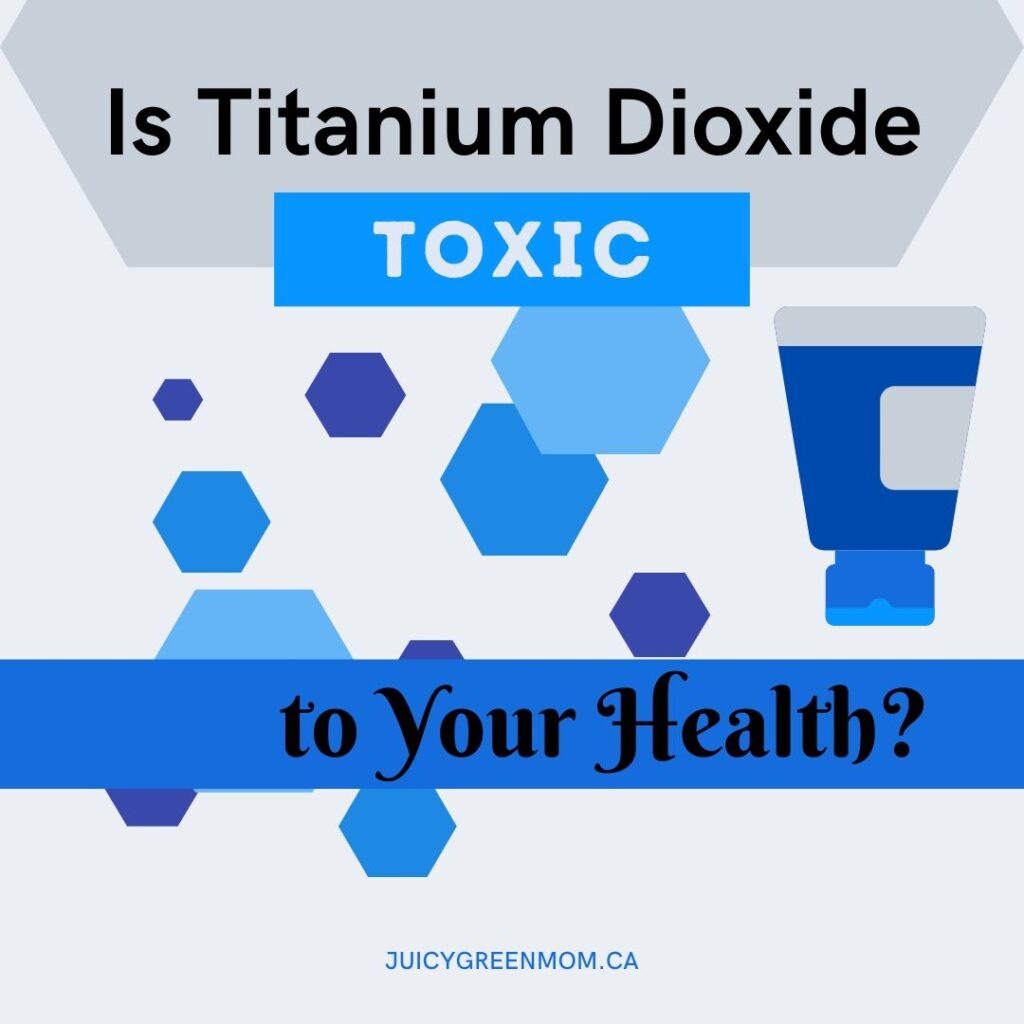 I received a comment regarding titanium dioxide in natural sunscreens, so I thought it would be a good topic for discussion. Titanium Dioxide is an ingredient commonly found in mineral makeup and natural sunscreens, as it is very effective in blocking UVA/UVB rays. It is generally not considered to be toxic in fine or coarse particle form because it is not easily absorbed into the skin. It is more questionable when in nanoparticle form (specifically anatase titanium dioxide), as it may increase the formation of free radicals with sunlight and water exposure. Some skin cancers are linked to UV-induced free radical damage to the skin.

The anatase nanoparticle form of titanium dioxide is what is proving to be “an aggressive free radical producer” (Friends of the Earth U.S. & Australia) when compared to rutile titanium dioxide, which is a less reactive form.

Environmental Working Group has titanium dioxide listed in their Skin Deep Cosmetics Database, where it is rated as a low overall hazard, but moderate for cancer risk. As long as it is not in its nanoparticle form, it is not easily absorbed into the skin. However it appears that inhalation of powder and dust may be more of an issue than skin penetration. The International Agency for Research on Cancer (IARC) classifies titanium dioxide as an IARC Group 2B carcinogen, meaning that is is possibly carcinogenic to humans. The Canadian Centre for Occupational Health & Safety (CCOHS) writes that it is high concentrations of pigment-grade (powdered) and ultrafine titanium dioxide dust that caused respiratory tract cancers in rats.

Do you use products with titanium dioxide?