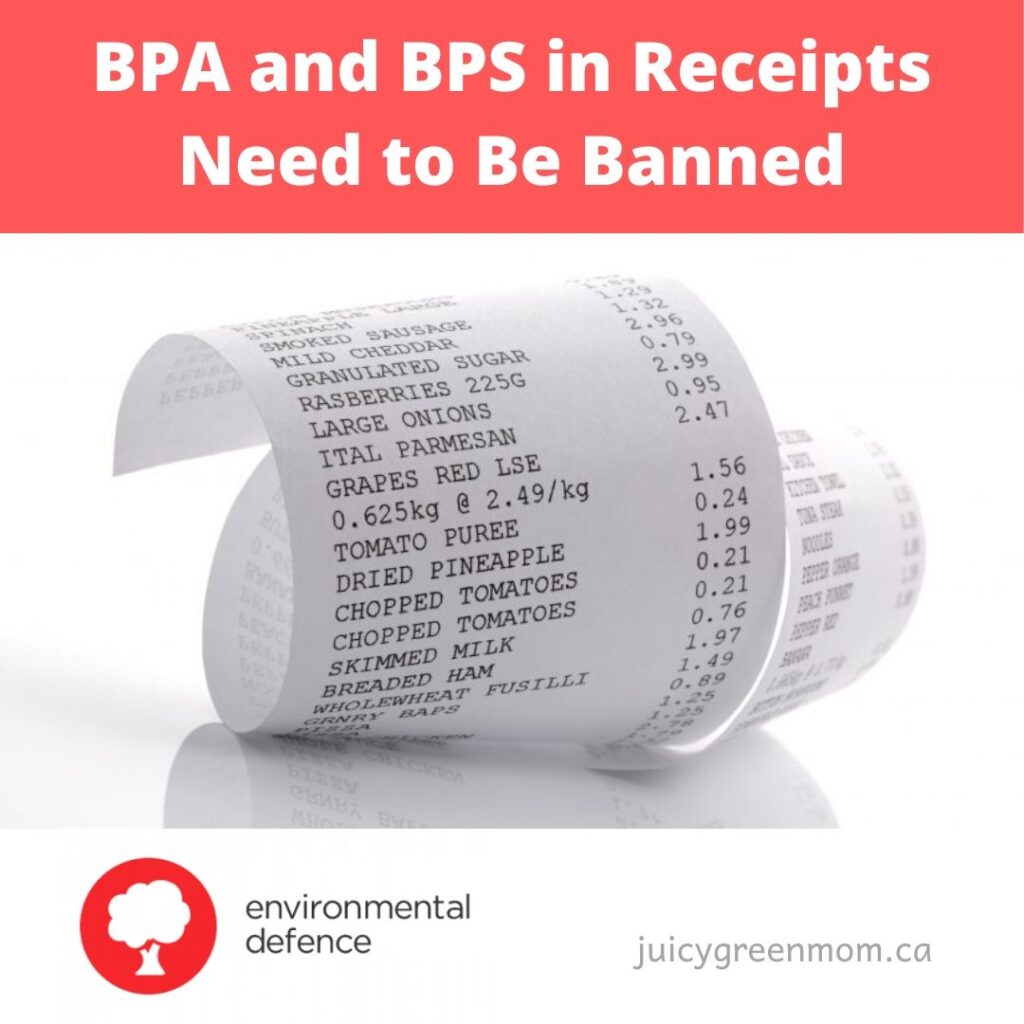 Ever since I found out thermal paper (used for receipts) contains BPA, I started actively declining receipts as much as possible. I remember taking my toddler to Costco on a shopping trip, and the employees at the exit would check the receipt, draw a smile on the back and hand the receipt to my daughter. They had no idea they were handing “cancer paper” to my kid, as my husband nicknamed it after I told him out about the BPA. I made sure she never touched receipts, and if she did, we washed her hands right away. It might seem a little paranoid to some, but I was adamant about reducing her exposure.

We now know that BPA (bisphenol A) is a toxic chemical linked to many health issues, including hormone-based prostate and breast cancer, diabetes, obesity, and ADHD. BPA was banned from baby bottles in 2010, but is still widely used in polycarbonate plastics (hard plastic), epoxy resins for food can liners, and thermal paper (like receipts). After BPA was banned in baby bottles, BPS (bisphenol S) replaced BPA in many plastic products, but it is almost identical in its effects. In fact, Environmental Defence’s report states that:

BPS is suspected to more easily penetrate our skin compared to BPA and may be more potent in terms of toxicity.

You likely see lots of “BPA-FREE” labels on plastic products these days, however they likely contain BPS instead. Both of these chemicals are used in receipts.

Environmental Defence staff conducted an experiment to look at BPA and BPS levels after handling receipts like a cashier during an 8-hour shift. The results were disturbing (read the full report here).

All 4 participants had a significant increase in BPA and BPS levels after handling receipts for 17 minutes, the average time a cashier would handle receipts during an 8-hour shift. One participant had much higher levels than the other 3, and this was determined to be caused by his use of hand sanitizer prior to handling the receipts.

I’m just imagining the crazy levels of BPA and BPS in the Costco employees who stand by the exits to check receipts when you leave the store – it must be horrific!

The European Union has already committed to banning BPA from receipts starting in 2020, according to Environmental Defence’s report. Canada and other nations need to follow suit!

Environmental Defence has some tips for reducing exposure to BPA and BPS. These include:

Will you ask your government to ban BPA and BPS in receipts?