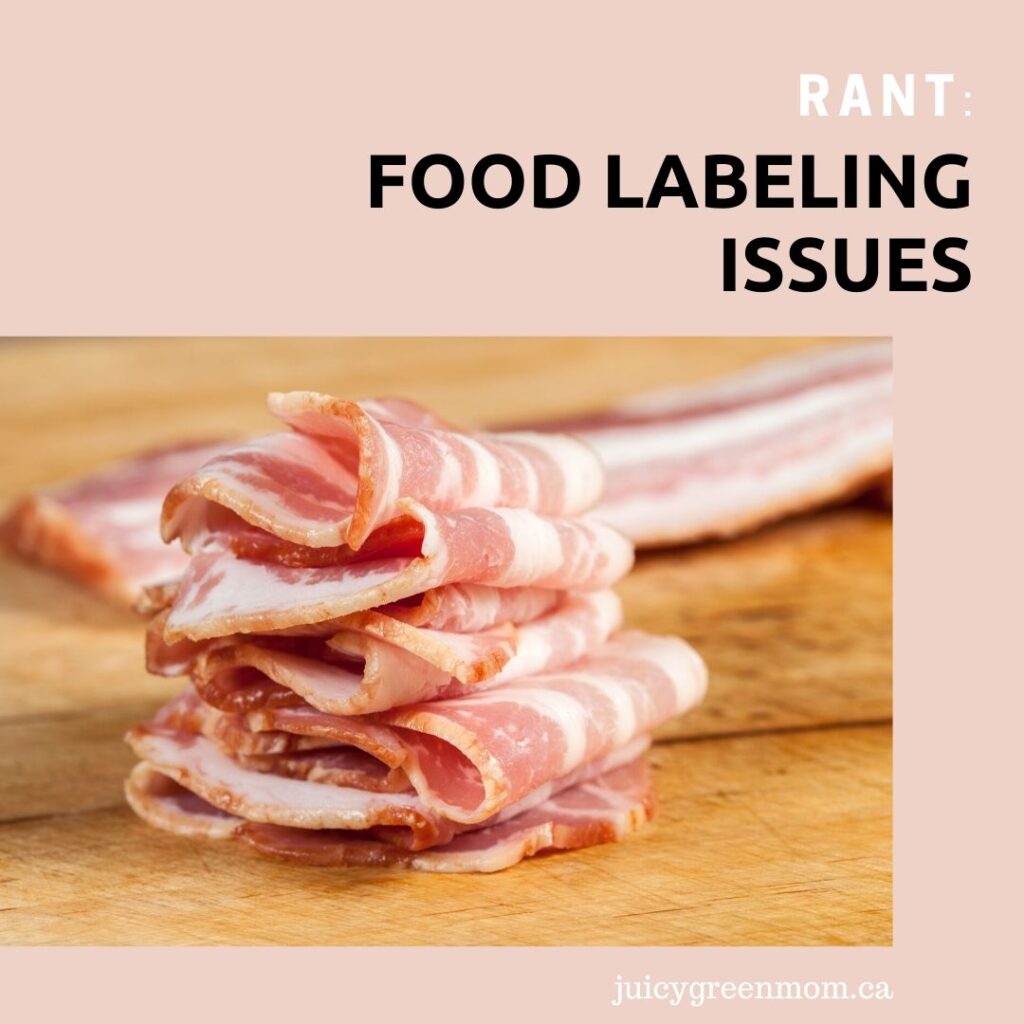 If you’re a follower of this blog, you know that I am doing my best to be green – and we all know that food is a huge concern for those who are attempting to be green. Lately there’s been a ton of talk about the fact that in Canada and the US, GMOs (genetically modified organisms) do not need to be labelled. This is just one of the many food labeling issues out there. Many organic brands choose to label their products that are GMO-free (thank God – or else how on earth could we begin to figure things out??). But many big companies are opposed to labelling of GMOs because they want consumers to be in the dark.

I think it’s pretty well known that a lot of our food has, well, a bunch of chemical and harmful crap in it. When I first started learning about certain ingredients that were bad, it overwhelmed me. I felt like every week I was learning about something else that was bad. The more you know, the more you realize you don’t know. But I started to feel like I was getting a better handle on things. My toddler daughter suddenly started going through a ham/deli meat phase (I think it was one trip to Quizno’s that did it – I’m not so green that we never eat out, maybe that’s part of my problem), so I started scouring the labels.

Most cured meat has nitrites in it – and if you haven’t already heard – there’s a cancer link to nitrites.

So I thought I was doing okay when I found Maple Leaf’s Natural Selections ham – and did not read nitrite on the label. I have gotten it for several months, thinking it was better for my daughter. Well, the joke’s on me, and now I feel pretty stupid. Apparently CBC’s Marketplace did an expose on this specific product called Lousy Labels, and it turns out that it does contain nitrites, just hidden in the ingredient name “distilled celery extract”. Here’s a Food Labels Primer to help you interpret food labels. (Now we only get deli meat from Sunworks Organic Farm in Edmonton).

This kind of news is so daunting. I know I’m not alone in my food labeling issues – so many of us are trying very hard to be well educated about what we should and should not eat, but at times it feels like an impossible task. It shouldn’t be the case that all of us have to go onto a special diet to ensure we’re not ingesting stuff that’s going to make us sick. Whole food, raw, vegan, gluten-free, Paleo – these are all great options – but why do we all have to go this way?

Shouldn’t our government do something about the regulations surrounding our food so that 75% of it isn’t toxic to us?

If our family wants to go out for dinner for a special treat, shouldn’t we be able to do that without feeling guilty about all the possibly nasty stuff going into our bodies, and wondering if some illness that lies ahead is going to point back to it?

I’m still going to keep trying to be as green as I can, but it’s becoming harder and harder to know what’s what. Unless I make everything from scratch by myself, that is. I guess I just have to keep doing what I can – because that’s all I can do.

Read about other ingredients you should try to avoid here.

If you’re Canadian or American – does the nonchalance of your government piss you off too?