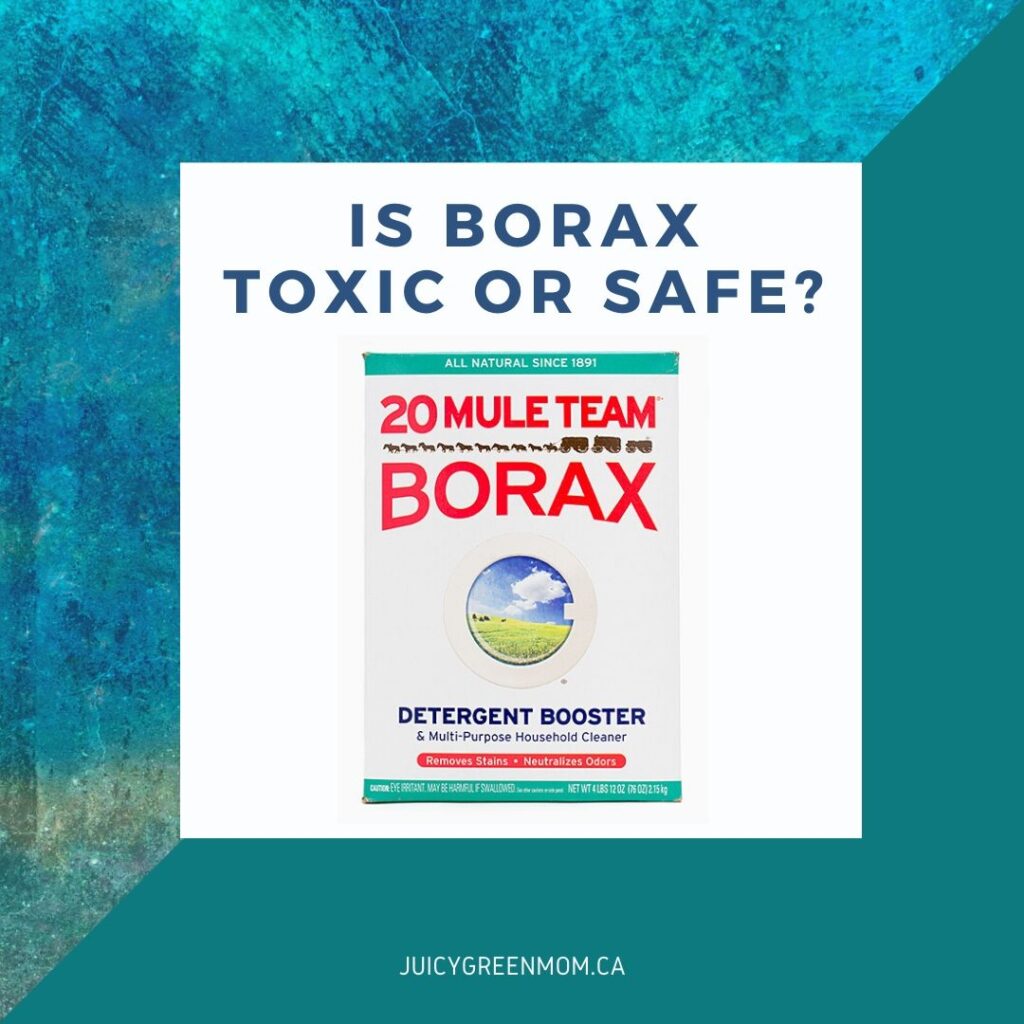 Is Borax toxic or safe? This has been a topic of debate for the last few years now, without really clear cut answers. Many DIY cleaning products are made with Borax. However, Borax can be irritating to the skin, eyes, and lungs, likely because it’s so alkaline. On EWG’s Skindeep Database, it has a score of 5-6, labeling it a moderate hazard depending on usage. So what’s the real deal?

David Suzuki’s Queen of Green used to have cleaning recipes with Borax as an ingredient, but with the caveat that it be “handled with respect” (i.e. don’t mix in the kitchen, keep it away from food, and clearly label your cleaners containing Borax). In the Queen of Green coaching Facebook group, she recommends relying on it less and less.

Ecoholic Adria Vasil explains that the European Union originally stated that boric acid/Borax were reproductive toxins at high levels in 2010, and was then placed on a list of potential hormone disruptors (Substances for Very High Concern). Basically this meant that it is not known for sure to be a hormone disruptor, but that more research is needed to investigate whether it is or not. Now, though:

“However, the European Commission has since labelled boric acid a category 1 endocrine disruptor, which means at least one study in living organisms has found it messes with hormones in some way, and it is prioritized for further study.” (Ecoholic column)

Also, in Europe “[Borax has to] come with the warning ‘May damage fertility. May damage the unborn child.'” (Ecoholic column)

EWG’s article comes out and says outright that Borax is “not the green alternative it’s cracked up to be”. There are no regulations for requiring warning labels for Borax in Canada or the US. However if you are erring on the side of caution, it may be better to phase Borax out of your DIY cleaners. I’ve decided myself not to use it anymore. For some other DIY green cleaning recipes, check out my post here.

Another place to look for Borax is in playdough or silly putty recipes for kids to play with – read more from Healthy Child and their recommendations here.

Will you continue to use Borax?